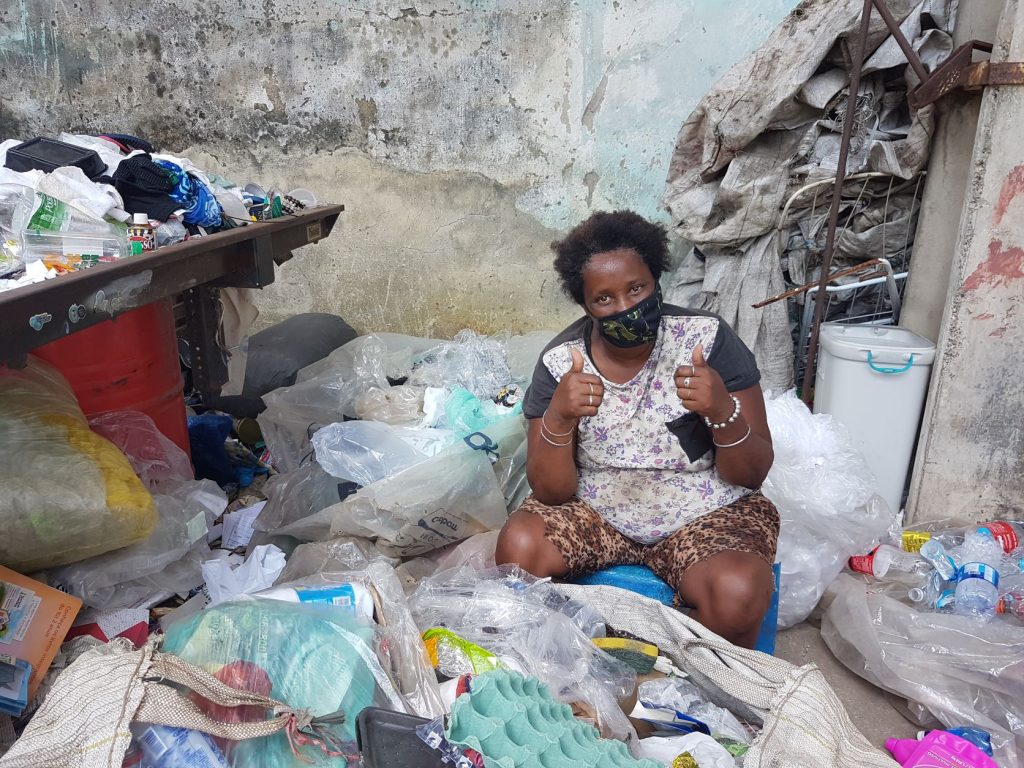 In June, BVRio completed an 18-month-long pilot project in partnership with PREVENT Waste Alliance that benefited ten Brazilian waste picker cooperatives and a Mexican network of collectors through the issuance of circular credits. The project also supported the further development of the Circular Action Hub and the Circular Credits Mechanism (CCM).

In total, circular credits issued through the project paid for the recovery of 1,562.5 tonnes of plastic waste to Brazilian waste picker cooperatives and 148.45 tonnes to the Mexican community and autonomous waste pickers. The whole project was independently audited by SGS, ensuring the participating initiatives complied with the CCM Principles. The pilot also started testing the KOLEKT app, developed by BVRio, as a monitoring tool.

A very important element of the project was to issue credits for any kind of plastic. The project’s data shows that several types were recovered: PET (including what they call PET oil), LDPE, HDPE, PS, PP, PVC, Poly (methyl methacrylate), and other generic descriptions (uncertain or mixed types), like plastic film, hard plastic, thin plastic, plastic bag, plastic scrap, and x-ray plate. It is relevant because only a few types of plastic have a good market value for waste pickers to sell. In this scenario, circular credits provided a unique incentive for them to keep or start collecting, sorting, and directing all kinds of plastic waste to the recycling chain.

For many of the 350+ waste pickers involved, the project provided improvements to their working environment, conditions, safety and wages. We asked the Brazilian cooperatives involved what the additional funds would be used for. They reported having spent the resources received on equipment, extra remuneration for waste pickers (shared evenly), warehouse rent, accounting and legal services, and savings.

“We received BVRio’s funding in December 2021 and it has already helped the cooperative a lot. We were able to keep the payment of taxes up to date, increase the pay by 50% of around 30 members who work as waste pickers and sorters and install fans for the sorting area.” Coopama, Brazil. Read more

According to the president of Coopgaleão, Carlos Eduardo de Oliveira Félix, the improvement included the installation of a conveyor belt, improvements to staff welfare including the purchase of a microwave for hot lunches and the funding has also enabled the cooperative to provide additional income to staff and to create an essential maintenance fund for the equipment. Coopgaleão, Brazil. Read more.

In Mexico, a waste picker involved, said that the project had “…served me, to get a better life for my daughter”. Eleno Ulloa, another waste picker, agrees saying the project provides “a very positive impact because it helps low-income people”. Alessa Araiza, Bahía Circular coordinator said “When we made the delivery of credits, we also granted Personal Protection Equipment which dignifies the life and work of waste pickers.” See the moment this happened in this video.

During the project we also got to meet and talk to some really inspirational women leaders involved with the project about their ambition and hopes for the future.

“Co-operative is a space to promote sorority”, says Iara Meiri de Melo Moura Silva, 40, mother of two, began working in the recycling market over 20 years ago with her mother, who came to Rio de Janeiro from the Northeast at 17 years old. Iara is one of the female leaders in waste collector cooperatives in the State of Rio de Janeiro, in the Beija Flor Cooperative. Behind the love for the profession, there is always a story of great strength and inspiration from the family that, in general, works unitedly, teaching the craft of collecting and sorting to other generations. Read Iara’s story.