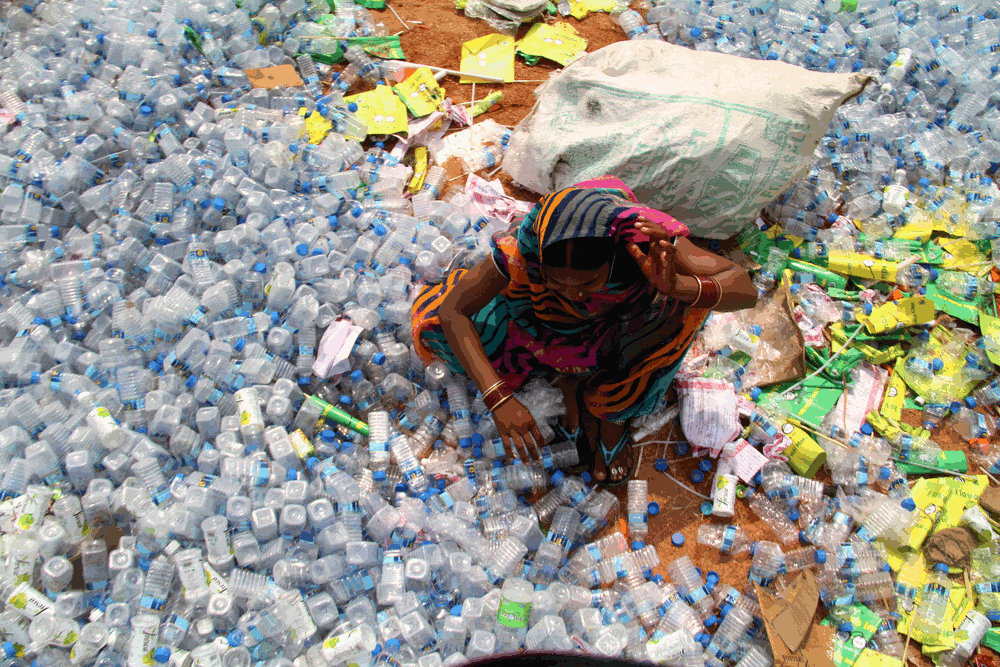 Waste collectors play a pivotal role in the plastic supply chain, making sure plastic is collected instead of making its way into waste streams. But even while playing an important role in the chain, these individuals typically are not valued adequately for the contribution they make.

«What we’re seeing is these people are stigmatized, but they really know their waste. They know what will sell. They pick it up. They sell it. They send their children to school,» said Bharati Chaturvedi, founder and director of Chintan, an Indian-based organization that reduces waste and consumption, during a plenary discussion at Circularity 20 last week. «We would have so much more plastic in our rivers and in our oceans if we didn’t have the informal sector, globally, not just for India.»

She observed that in South Asia and parts of Southeast Asia, waste collectors often earn minimum wages but work in terrible conditions. In addition to addressing the waste and consumption habits in the communities it serves, Chintan uses waste collection services as a tool to fight poverty, child labor, gender-based violence and exclusion and climate change, while creating green jobs.

As COVID-19 rages on in countries around the world — in late August, India set a record for the world’s highest single-day increase in coronavirus cases — waste collectors are continuing to work.

«These are people who are also the frontline workers fighting climate change,» said Chaturvedi, noting that waste collectors are mitigating the ocean plastic problem. «Nobody recognizes them as the climate warriors and environmentalists that they truly are. And I’m really talking about 1.5 million to 2 million people on this planet.»

So, how does their work begin to be valued?

That’s part of the work being done by Mr. Green Africa, an organization that aims to alleviate the marginalization and large-scale disadvantage of informal waste pickers and their communities.

«The essential element when we founded Mr. Green Africa was really about the combination of the sustainability element of creating a functioning supply chain that really is strong and self-sufficient, while including this informal market,» said Keiran Smith, CEO and co-founder of Mr. Green Africa, during last week’s discussion.

Smith said Mr. Green Africa created this supply chain by copying the fair trade approaches that «we see in the banana, tea and coffee industries, where smallholder farmers get included into this value chain,» in which individuals have better working conditions, fair prices and transparency.

«If we create solutions to tackle the waste or the plastic pollution problem, it should include this informal market and making them an essential part of the solution,» Smith said.

One way to accomplish this might involve companies making these individuals a more formal part of their supply chain, he said. Smith noted that that could look like putting waste collectors on a growth trajectory and providing them with ID cards to track transactions, a simple but concrete way to create a record of financial inclusion.

Smith noted that a second element that could help waste collectors become better compensated for their work: bridging the gap between collectors and corporations that want to use post-consumer resin (PCR), a solution for reusing single-use materials that otherwise might end up in the landfill, for their products.

«A lot of times we hear about corporates who are looking for PCR. We hear them say, ‘We want to buy PCR but it’s not available,’» Smith said. «How do we really create that transparency and connect these dots in between?»

«I don’t say we’re the silver bullet, but I’m definitely claiming that we’re one of the models that can work and especially in emerging markets, where we have a lot of waste pickers and informal players that deserve to be treated better and included into supply chains like ours,» he said.

Moderator Vivien Luk, executive director at Work, which has the goal of placing Haitians with good, dignified jobs, asked Chaturvedi and Smith to describe the important, critical role that companies and consumer brands can play in supporting waste collectors and mitigating price volatility.

Chaturvedi said for waste pickers, price volatility means they have to tighten their belts.

The pricing structure for recycled material always has been linked to virgin material pricing, Smith said.

«I think what is really important to highlight is that if we find a way to detach ourselves from price volatilities and really create PCR … as its own commodity, I think we can really have a big, big system change,» he said.

Companies that are hoping to incorporate PCR into their value chains might have to reflect and adjust their procurement strategies.

«We encourage everybody to think about what an impact-driven procurement strategy looks like — what it means to be inclusive every step of the way in the supply chain,» Smith said.

AntPreviousPLASTICS COULD HELP BUILD A SUSTAINABLE FUTURE – HERE’S HOW
NextENORMOUS AMOUNT OF PLASTIC WILL FILL OCEANS, LAND BY 2040 EVEN WITH IMMEDIATE GLOBAL ACTION, REPORT SAYSSiguiente