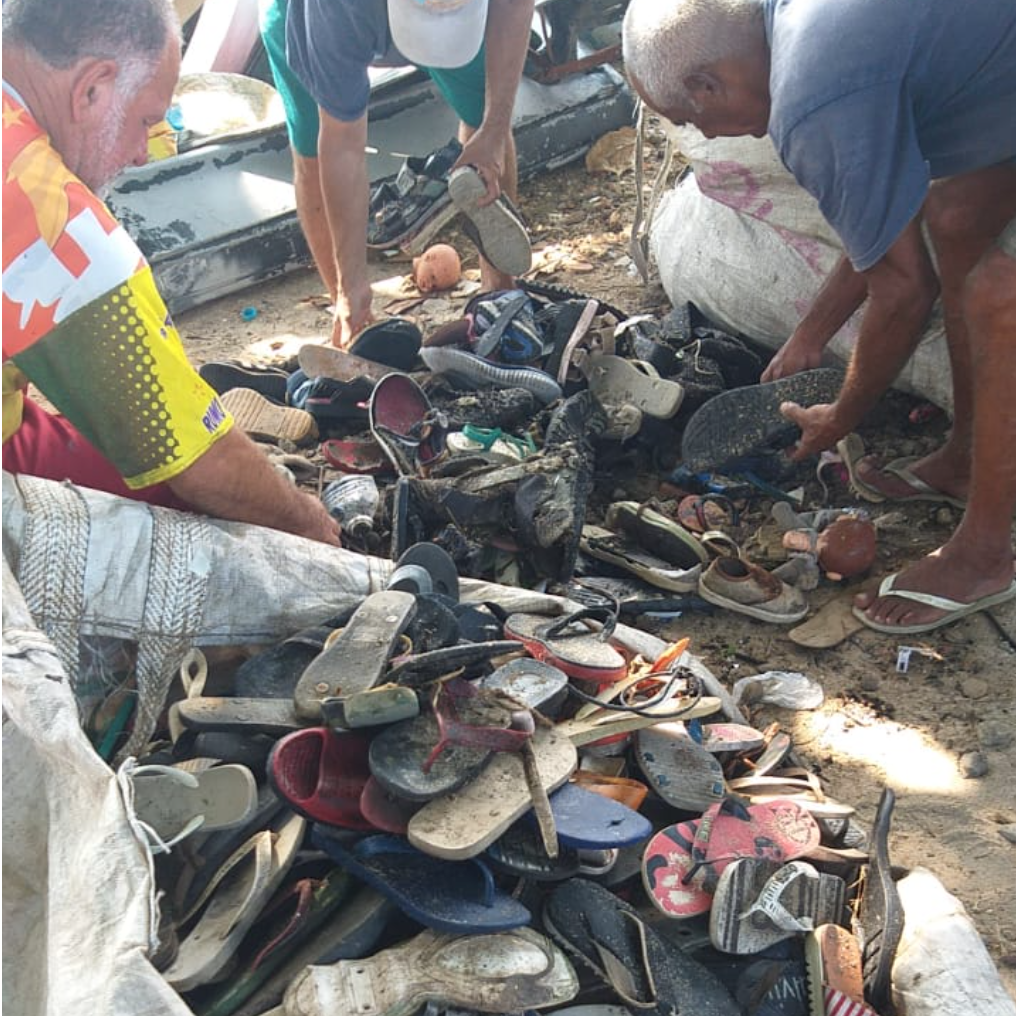 In six months, Fishers have collected 3.6 tons of flip-flops and sandals from Guanabara Bay. Picture a 7.2-kilometre line made up of 25,000 flip-flops that have ended up in the ocean. 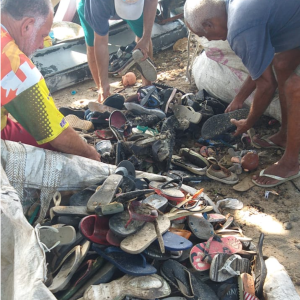 BVRio’s team has been making weekly visits to oversee the collection of waste removed from Guanabara Bay, in the project run in partnership with the Italian social enterprise, Ogyre. Even still, the volumes of discarded plastic shoes are increasingly astounding. Within the last 6 months, 3.6 tons of flip-flops, sliders and sandals made of plastic and rubber were found in the sea and the mangroves, which is around 25,000 shoes. If lined up end to end, they would reach 7.2 kilometers, the equivalent of eighteen complete laps around an Olympic running track.

But can they be recycled and generate some extra income for the fishers?

Plastic shoes, which include flip-flops, sliders and sandals, are classified as a subcategory of upholstery foam. In total, almost 29 tons of foam have been removed by the fishers from the site, but only 1.1 tons have been sent to recycling. Of this volume, Cooper Ecológica, the cooperative buying the waste being collected in this project, does a new classification to define what goes to the recycler.

If not in the ocean, where do all flip-flops end up? The materials of these shoes, generally made of natural or synthetic rubber and plastic derivatives, have low value in the recycling chain. “Less than a third of the 3.6 tons collected by the fishers were sent to recycling,” said Pedro Succar, BVRio’s circular economy specialist. 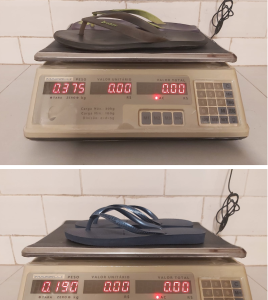 According to him, plastic shoe recycling rates are meager. The mostly used material is called microporous rubber, sold in the form of coloured sheets, which is hard-to-decompose, whether extracted naturally from rubber trees or petroleum derivatives. Therefore, it requires special attention in the recycling chain.

Whether a synthetic or natural material, both need to be grounded up, heated with chemicals and pressed into new material. Many non-governmental organisations and artisans produce pieces such as key rings, bags, accessories, etc with recycled parts of shoe rubber.

“If we want to establish a circular economy, producers need to rethink shoe design to last longer, facilitating the repair of damaged parts and the recovery of the material to make new shoes,” he comments.