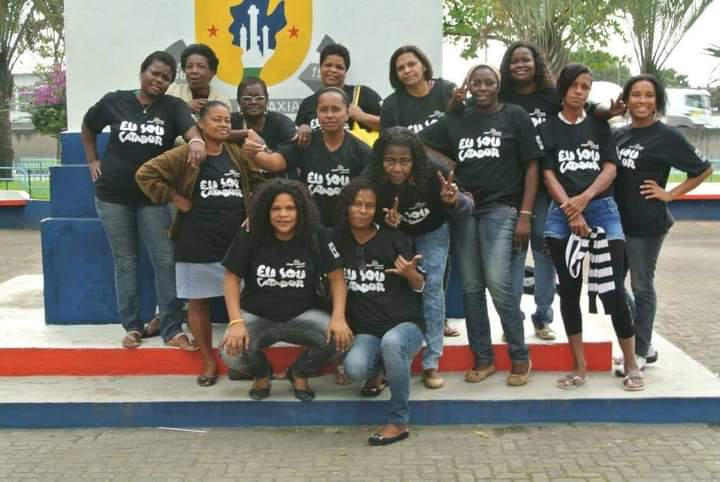 Born into a traditional family of waste pickers in Rio de Janeiro, Glória de Souza dos Santos, 45, has worked for over three decades in the recycling market. She was brought up in Laureano, a neighbourhood of Jardim Gramacho, the largest «recycling centre of the State of Rio de Janeiro», where together with her mother and brothers she learnt the complex task of sorting dozens of materials that arrived at the «controlled landfill» in the municipality of Duque de Caxias. In 2006, half of the local population survived thanks to the waste dumped in the dumpsite, which was closed in 2012 when the materials and tailings were sent to the Waste Treatment Centre in Seropédica.

Gloria is an inspiring woman and a great leader in the community where she lives. She founded the cooperative ACERJ in 2019, located in the municipality of Caxias, where there is no selective collection implemented by public services, a reality of the vast majority of neighbourhoods in the metropolitan region of Rio de Janeiro. ACERJ makes a register of independent waste pickers and trains them to insert them in the professional system as cooperatives. Currently, of a total of 20 people in the cooperative, 14 are women.

Gloria started working early with her mother, at the age of 10, when children helped their parents with the sorting of materials. It is a job taught from generation to generation. «In the dumpsites, the more unexperienced waste pickers would learn the tricks of the trade from the older ones. It is truly a collaborative work. One of the big challenges today is teaching how to sort waste. We have 18 subtypes of plastic, for example«, she comments.

Generational knowledge is in the family’s blood. Gloria proudly tells how she worked for 10 years in the Association of Catadores of the Jardim Gramacho Metropolitan Landfill (ACAMJG) with her brother, the social entrepreneur Tião Santos, but had a dream of empowering women (who represent 70% of the workforce in the separation and sorting warehouses). Since then, Gloria has intensified her fight for the revitalisation of the Jardim Gramacho recycling hub alongside women leaders who are members of other cooperatives. Currently, the hub has four cooperatives, four warehouses and capacity to receive 30 tons of waste per day, bringing together about 80 collectors.

The leader participates in the «I am a Catador» movement that values the environmental services provided by catadores (waste pickers), as well as being an activist in other causes such as favela movements. The president of ACERJ seeks to raise awareness in the sector about the importance of fair pricing of this workforce. «The market is very focused on startups, and the value per ton [for the waste recovery services] is unfortunately still very low. You have to collect and sort thousands of plastics to generate 1 reverse logistics credit,» highlights Glória. «My dream is a regulatory state law for waste generation in the state of Rio de Janeiro. We will fight to increase the average remuneration from R $800 to R $1,500 for waste pickers«.

Glória recognises that it is a great challenge to encourage environmental education and selective collection in society. «I get discouraged if there is no awareness of the population through environmental education. Home selective collection, which comes from Comlurb, needs to be done on a scale. Everyone should have the right to this service offered by the City, but the difficulties are enormous«, she concludes.

According to recent data from the Brazilian Institute of Geography and Statistics (IBGE), more than half of Brazilian families are already led by women. Glória’s main inspiration comes from her mother, who founded the first cooperative in the region, Coopergramacho, and who transmitted the knowledge of the recycling market to the entire family. Seven siblings who know the sector “inside out”. «Being a waste picker represents the fight for the valuing of the category«. Gloria is a great activist and influences other women to drive social, cultural and political change in her community.